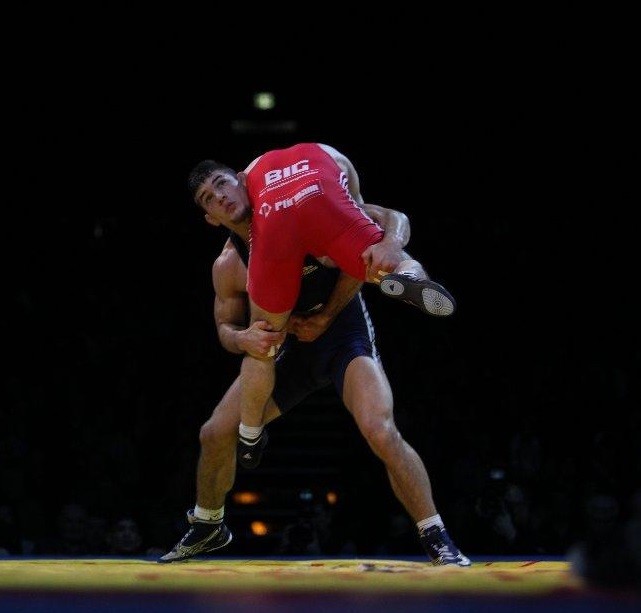 Saba Bolahi is the latest addition to our already star studded instructor´s ensemble as he has been acquired to take the MMA competition team to the next (wrestling) level. Saba has been born on the 22nd of April 1989 and into a family full of wrestling talent- his father Ahamd and his uncle Akbar both have been in phenomenal shape while still wrestling in Iran before moving to Germany in the seventies. They soon became an integral part of record champion AC Bavaria Goldbach´s first team that fought in the first Bundesliga ever since.

It certainly became clear that Saba would start wrestling at an early age and so he did – aged 6- while competing a year later for the first time. Saba describes his first big success in 2003, where he won the youth German freesteyle wrestling championships, as the start of his career. A third place at the Junior world championships in 2009 was a huge success which was topped by his Bronze medal at the adults European championships in 2011.

Although he was hard done by a knee injury which forced him to submit his qualification fights for Olympics 2012- Saba has just returned to competition after a successful surgery and plans to give it another go for 2016! Saba fights for the RWG Mömbris-Königshofen in the first Bundesliga since 2008 and we can all be assured that there will be a lot of news about that kid in the future as he also is an integral part of the German national team. His interest in other martial arts became clear just after MMA Spirit had opened its gates as he has been training here on a regular basis. We are more than happy to have him also instructing classes for our pro MMA team. Saba studies education at Frankfurt´s Goethe university and loves life in the Main area.