Grappling refers to techniques, maneuvers, and counters applied to an opponent (sometimes making use of the clothing of either person) in order to gain a physical advantage or to escape a dangerous position. Grappling is a general term that encompasses several disciplines or styles practiced throughout the world. Grappling is practiced as a sport and as a form of self defense, but does not include striking or the use of weapons. Some grappling disciplines, however, do teach defensive tactics against strikes and weapons. Grappling techniques can be broadly subdivided into Clinch fighting; Takedowns and Throws; Submission holds and Pinning or Controlling Techniques; and Sweeps, Reversals, Turnovers, and Escapes. 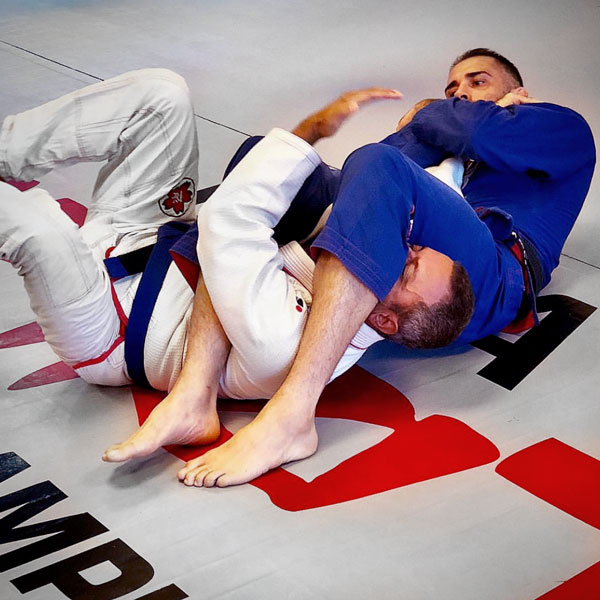 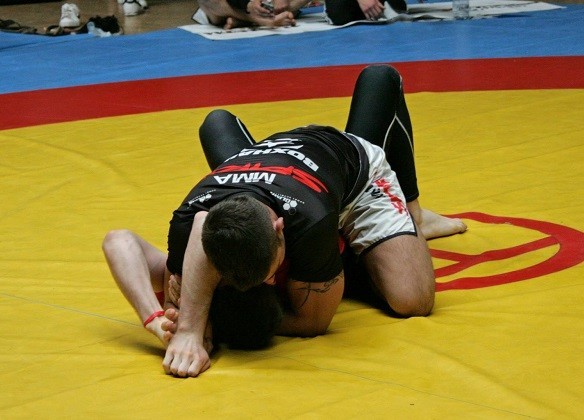 The art began with Mitsuyo Maeda (aka Conde Koma, or Count Coma in English), an expert Japanese judoka and member of the Kodokan. Maeda was one of five of the Kodokan’s top groundwork experts that judo’s founder Kano Jigoro sent overseas to spread his art to the world. Maeda left Japan in 1904 and visited a number of countriesgiving “jiu-do” demonstrations and accepting challenges from wrestlers, boxers, savate fighters and various other martial artists before eventually arriving in Brazil on November 14, 1914.

Jujutsu, as with its parent art of judo, is known as more than just a system of fighting. Since its inception in 1882, judo was separated from older systems of Japanese jujutsu. This was more than just Kano’s ambition to clearly individualize his art: to Kano, judo wasn’t solely a martial art: it was also a sport; a method for promoting physical fitness and building character in young people; and, ultimately, a way of life.

It is often claimed that BJJ is a development of traditional Japanese jujutsu, not judo, and that Maeda was a jujutsuka. However, Maeda never trained in jujutsu. He first trained in sumo as a teenager, and after the interest generated by stories about the success of judo at contests between judo and jujutsu that were occurring at the time, he changed from sumo to judo, becoming a student of Kano’s Kodokan judo. He was promoted to 7th dan in Kodokan judo the day before he died in 1941.

When Maeda left Japan, judo was still often referred to as “Kano Jiu-Jitsu”,or, even more generically, simply as “Jiu-Jitsu.” Higashi, the co-author of “Kano Jiu-Jitsu”wrote in the foreword:

“Some confusion has arisen over the employment of the term ‘jiudo’. To make the matter clear I will state that jiudo is the term selected by Professor Kano as describing his system more accurately than jiu-jitsu does. Professor Kano is one of the leading educators of Japan, and it is natural that he should cast about for the technical word that would most accurately describe his system. But the Japanese people generally still cling to the more popular nomenclature and call it jiu-jitsu.”

Outside Japan, however, this distinction was noted even less. The distinction between a jutsu and a do is subtle, and is still used somewhat arbitrarily to this day. Thus, when Maeda and Satake arrived in Brazil in 1914, every newspaper announced “jiu-jitsu” despite both men being Kodokan judoka.

The Japanese government itself did not officially mandate until 1925 that the correct name for the martial art taught in the Japanese public schools should be “judo” rather than “jujutsu”.In Brazil, the art is still called “Jiu-Jitsu”. When the Gracies went to the United States to spread their art, they renamed this Japanese fighting system as “Brazilian Jiu-Jitsu” and “Gracie Jiu-Jitsu.” “Jiu-jitsu” is an older romanization that was the original spelling of the art in the West, and it is still in common use, whereas the modern Hepburn romanization is “jujutsu.” Other common spellings are “jujitsu” and “ju-jitsu”.

The art is sometimes referred to as Gracie Jiu-Jitsu (GJJ), but this name is trademarked by Rorion Gracie and specifically refers to the style taught by him and his selected teachers. Other members of the Gracie family often call their style by personalized names, such as Charles Gracie Jiu-Jitsu or Renzo Gracie Jiu-Jitsu, and similarly, the Machado brothers call their style Machado Jiu-Jitsu (MJJ). While each style and its instructors have their own unique aspects, they are all basic variations of Brazilian Jiu-Jitsu. Today there are three major branches of BJJ from Brazil: Gracie Humaita, Gracie Barra, and Carlson Gracie Jiu-Jitsu. Each branch can trace its roots back to Mitsuyo Maeda and the Gracie family.

Maeda met an influential businessman named Gastão Gracie who helped him get established. In 1916, his 14 year-old son Carlos Gracie watched a demonstration by Maeda at the Teatro da Paz (Theatre of Peace) and decided to learn the art. Maeda accepted Carlos as a student,[2] and Carlos went on to become a great exponent of the art and ultimately, with his younger brother Hélio Gracie became the founder of Gracie Jiu-Jitsu, modern Brazilian Jiu-Jitsu.

In 1921, Gastão Gracie and his family moved to Rio de Janeiro. Carlos, then 17 years old, passed Maeda’s teachings on to his brothers Osvaldo, Gastão and Jorge. Hélio was too young and sick at that time to learn the art, and due to medical imposition was prohibited to take part in the training sessions. Despite that, Hélio learned from watching his brothers. He eventually overcame his health problems and is now considered by many as the founder of Brazilian Jiu-Jitsu (though others, such as Carlson Gracie, have pointed to Carlos as the founder of the art).

Hélio competed in several submission judo competitions which mostly ended in a draw. One defeat (in Brazil in 1951) was by visiting Japanese judoka Masahiko Kimura, whose surname the Gracies gave to the arm lock used to defeat Hélio. The Gracie family continued to develop the system throughout the 20th century, often fighting vale tudo matches (precursors to modern MMA), during which it increased its focus on ground fighting and refined its techniques.

Today, the main differences between the BJJ styles is between traditional Gracie Jiu-Jitsu’s emphasis on self-defense, and Sport Brazilian Jiu-Jitsu’s orientation towards competition. There is a large commonality of techniques between the two. Also, there is a wide variety of ideals in training in different schools in terms of the utilization of technique versus how much to attempt to overpower an opponent.